Reverend Westley (Wes) Conn is ordained as a Minister of Word and Sacrament in the United Church of Christ and was called in 2021 to serve as pastor and teacher of the Stratham Community Church. Wes earned his Master of Divinity from Boston University. Prior to that he was a high school teacher in rural Pennsylvania, where he grew up and first found his call to ministry. Before coming to Stratham Church, Wes served as Ministry Fellow in the Memorial Church of Harvard University.

Having grown up in the church, Wes learned early on the ways in which congregations offer a space of grace amidst the changes and chances of life. He hopes to help others see and experience the goodness of dwelling together as a community of faith.

If the weather is right, look for Wes on the beach. He doesn’t have any pets or children, but he has taken on the millennial trend of tending houseplants. Be sure to ask him about his growing collection of nativities.

Pastor Wes’ office hours are Monday and Wednesday 9:00am to 1:00pm. If you can’t make those hours, join Pastor Wes for “Walk and Talk” on Tuesday afternoons. To sign up, please follow this link.

You can reach Pastor Wes at the church by calling 603.772.3389 or by email at WestleyConn@strathamchurch.org. 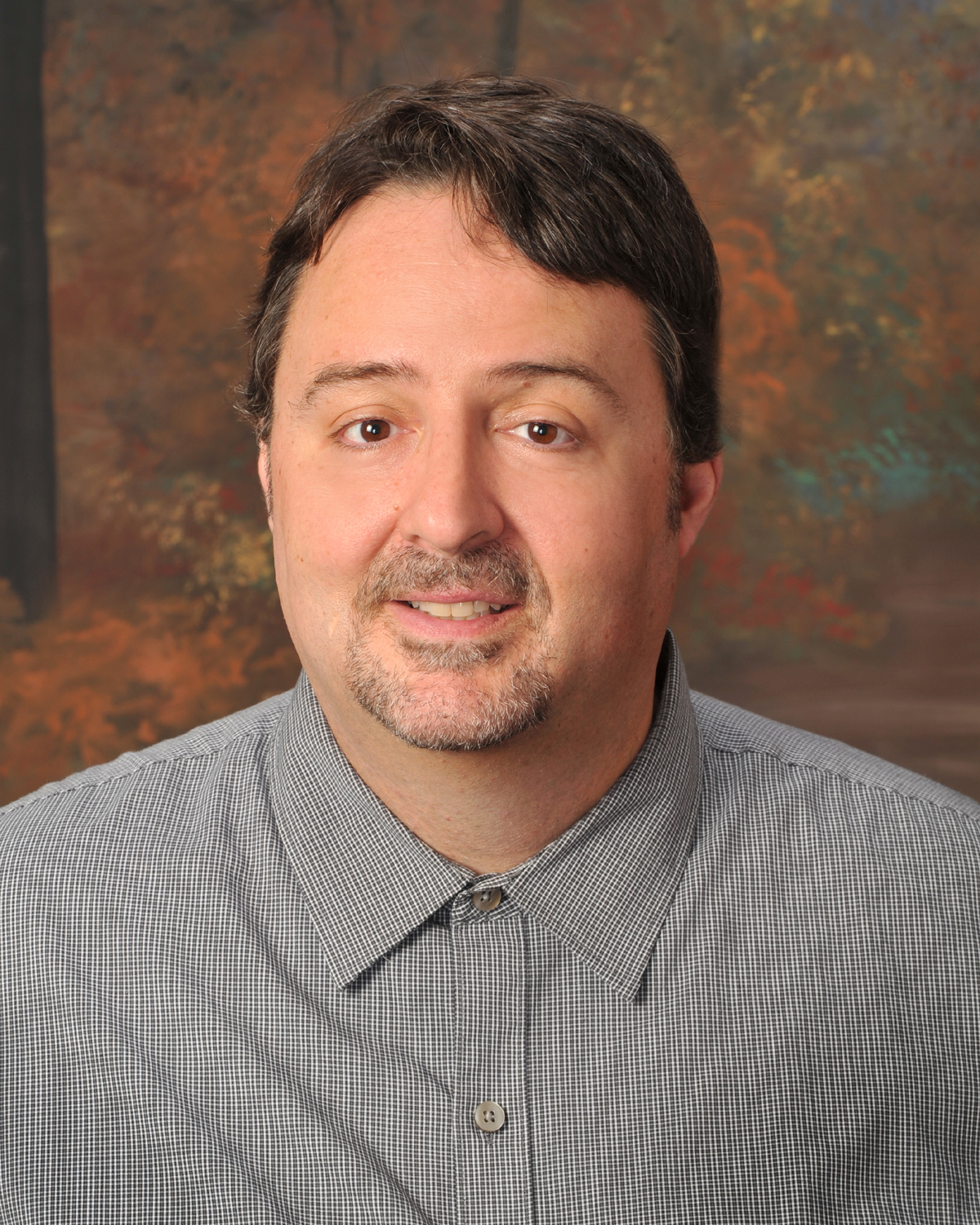 John C. Bostron recently moved to New Hampshire from Boise, Idaho, where he was Director of Music at St. Stephen’s Episcopal Church for sixteen years. A graduate of Boise State University and the Peabody Conservatory of Music, he has participated in Masterclasses with Marie-Claire Alain, Dame Gillian Weir, Dan Bara, Ludger Lohmann, Thomas Benjamin, and Charles Bestor. John is an antique typewriter user and enthusiast, as well as an avid history and music criticism nerd.

You can reach John by email at music@strathamchurch.org. 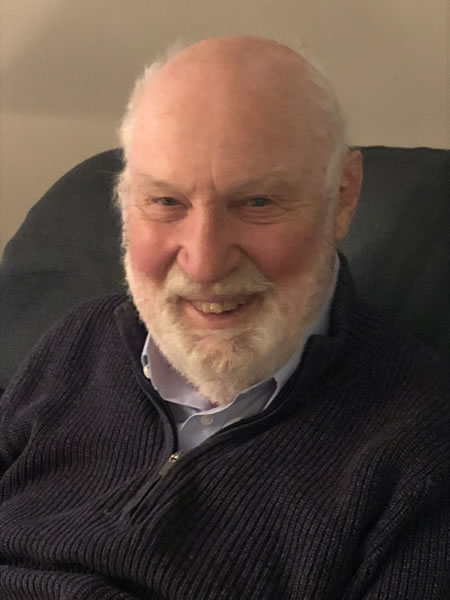 After graduating from Bangor Theological Seminary I went to Boston University from where I took my doctoral degree in 1974. I have been a practicing psychologist in the NH seacoast since 1970 seeing adults struggling with emotional and relational issues. I am also an authorized minister of the United Church of Christ and have served the church by guiding men and women headed to the ministry through my work with the Rockingham Association’s Committee on Church and ministry and supporting UCC clergy serving in the Association.

Phyllis and I have been members of the Stratham Church since 2003 and I was named Minister of Pastoral Counseling in 2004. I am available to see people for personal consultations and referral for further help. 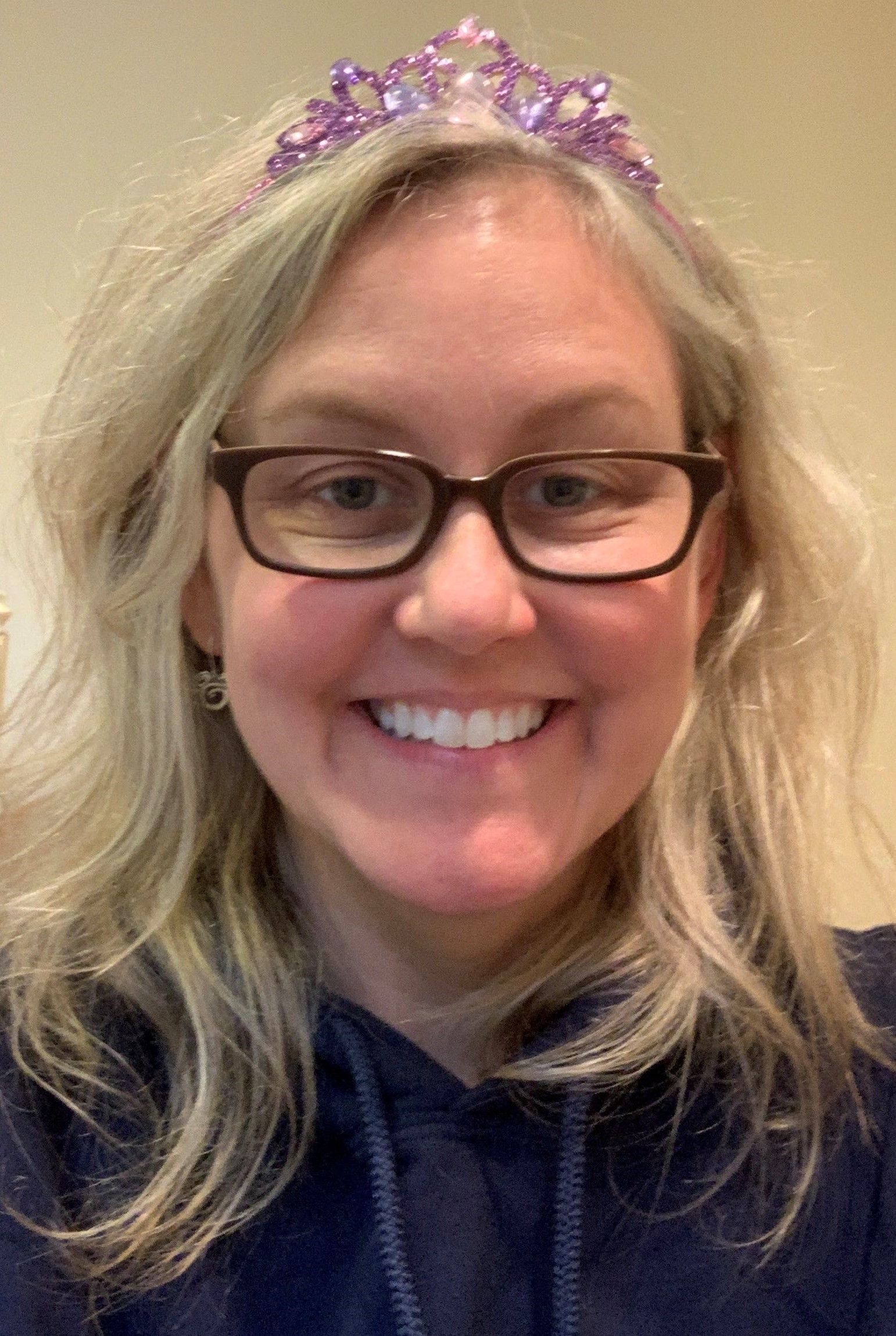 Kristen was a stay-at-home mom participating in fundraisers, joining parent/teacher commitees, and volunteering at the school. Her favorite vacation spot is Disney World and you will notice hidden Mickeys around the office! She enjoys skiing, spending time at the lake and any time spent with family. Kristen lives in Brentwood with her husband and two daughters.

We want to be a faithful, God-centered and prayerful Christian community which glorifies God in worship and fosters faith development among our members. We are a community of people who care for each other, honor all generations, reach out to individuals and families, and embrace people of diverse human experience. We want to be aware of, involved in, and committed to ministries of peace, outreach, mission, concern for the environment, and social justice. We want to support our community and our mission work with sound stewardship of our staff and volunteers, our buildings and grounds, and our financial resources.

The Stratham Community Church (originally known as Stratham Congregational Church) was established in 1716. By colonial law Stratham’s founding charter of 1716 stipulated that a meetinghouse was “to be built with all convenient speed.” The agreed upon location, close to the site of our present church, was accessible to residents from the north and south sections of town. The building was completed in 1718 and in the same year the first minister, Rev. Henry Rust, was ordained, serving until his death in 1749.

A new meetinghouse, necessitated by Stratham’s growing population, was built in 1768. Deacon Samuel Lane oversaw its construction and the sale of pews. 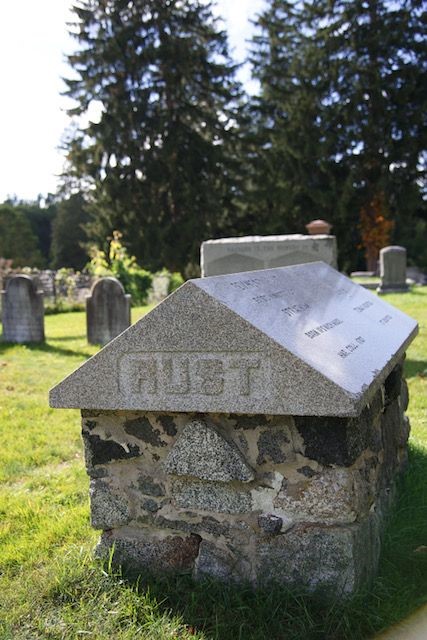 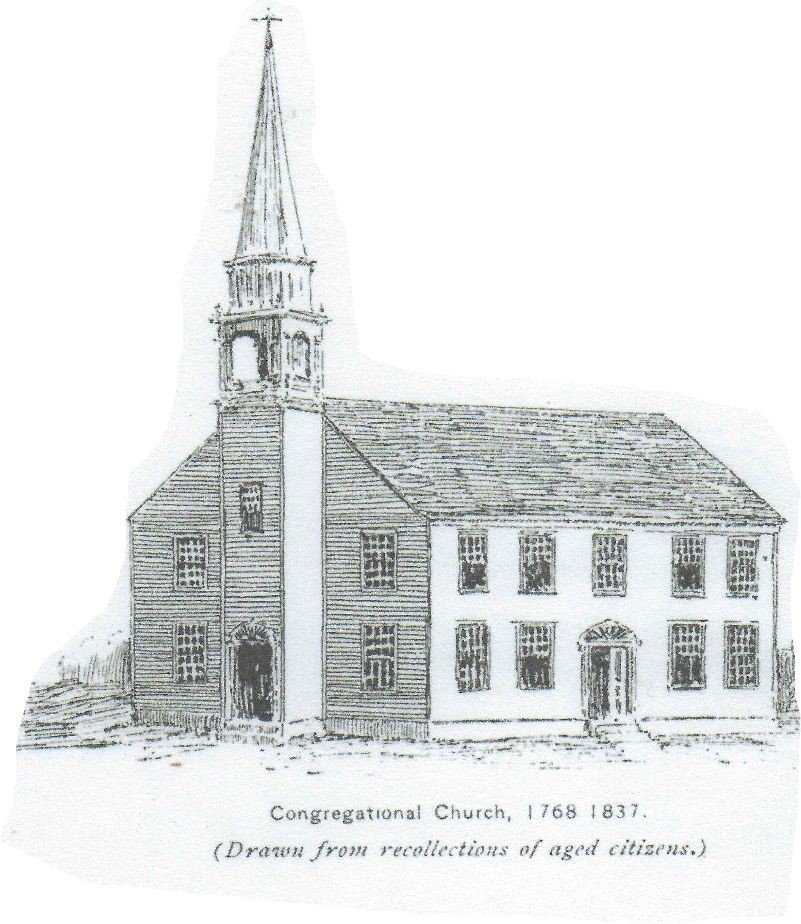 The church that continues to serve our community was built in 1837 and enlarged in 1998. The major part of the construction at that time was the link joining the two buildings, as well as, enlarging the sanctuary.

As was common in New England, Stratham’s meetinghouse was not only a house of worship but also the “town house,” the site of official town business. In 1814, the Congregationalist Society was formed because of the newly adopted separation of Church and State. The Society took over the operations of the church at that time.

In 1838, the meeting area in the lower level of the church was given the name Jackson Hall, perhaps reflecting the dominant political leanings of the town. Until the construction of the Town Hall in 1878, town business was conducted in Jackson Hall (with the Town paying rent to the church to honor the separation of church state) and in nearby Chase’s Tavern.

In 1926, the church was renamed the Stratham Community Church.

The Congregationalist Society turned over the operation of the church to the membership in 1965. The church is now a member of the New Hampshire Conference of the United Church of Christ.

The church has been an integral part of the Stratham community since its founding. The church buildings have been used by both church and community organizations from the beginning and continuing to this day. 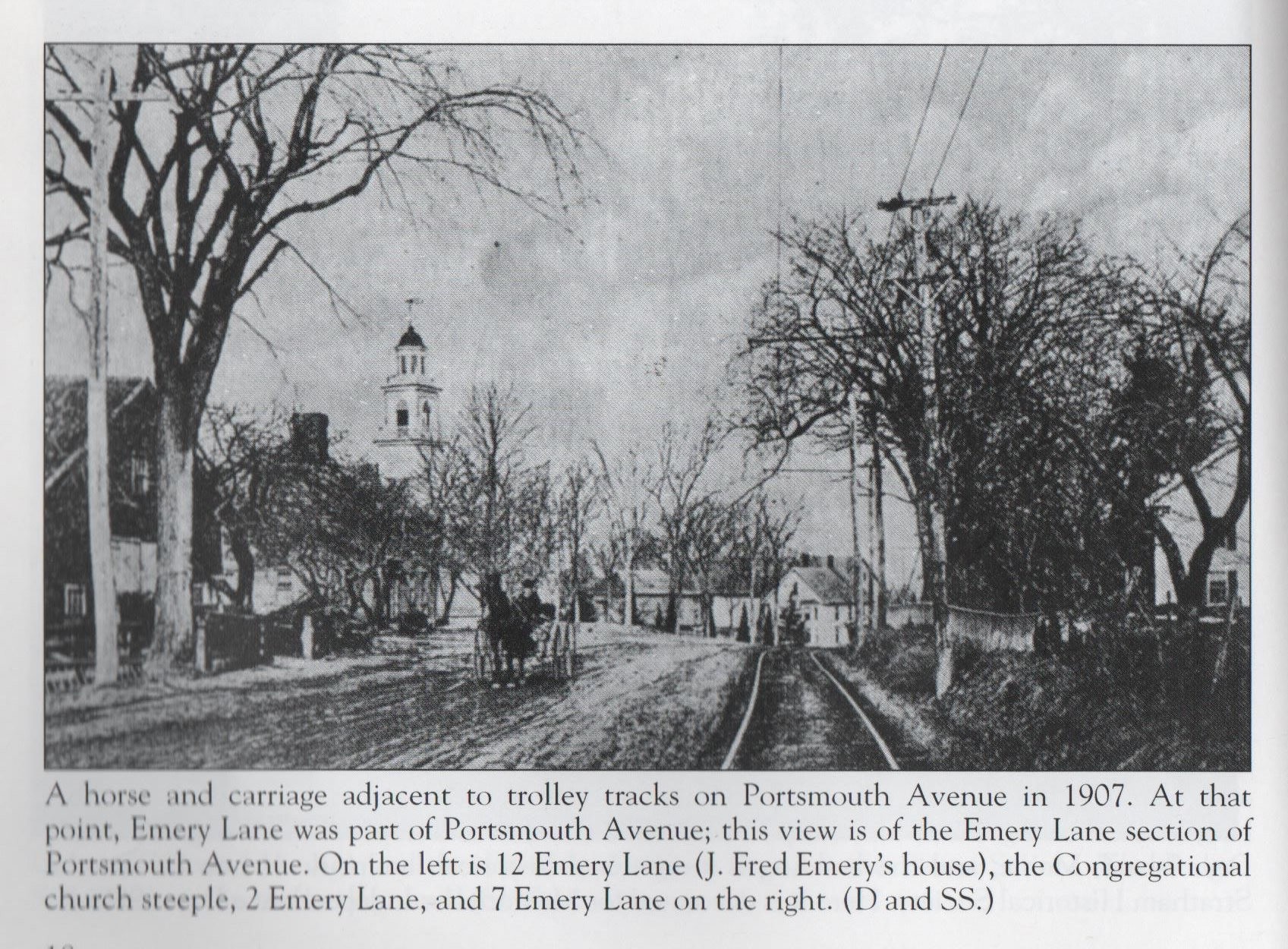 The Stratham Baptist Society was founded in 1770. Although Rachel Scammon of Stratham is reputed to have been the first proponent of the Baptist faith in New Hampshire it was more than two decades after her death when the Stratham Baptists built a church in 1771 with Dr. Samuel Shephard as their first preacher.

In 1840 the Baptist Society built a new meetinghouse on Portsmouth Ave. next to Greenwood Cemetery. Their old building was sold to the Christian Society (established in 1812) who moved it and remodeled it on a lot opposite the Town Hall.

Ona Judge Staines, Martha and George Washington’s runaway slave, attended Stratham Baptist church in the early 1800s. It is possible that she attended church in this building since it was built in 1840 and she died in 1848. 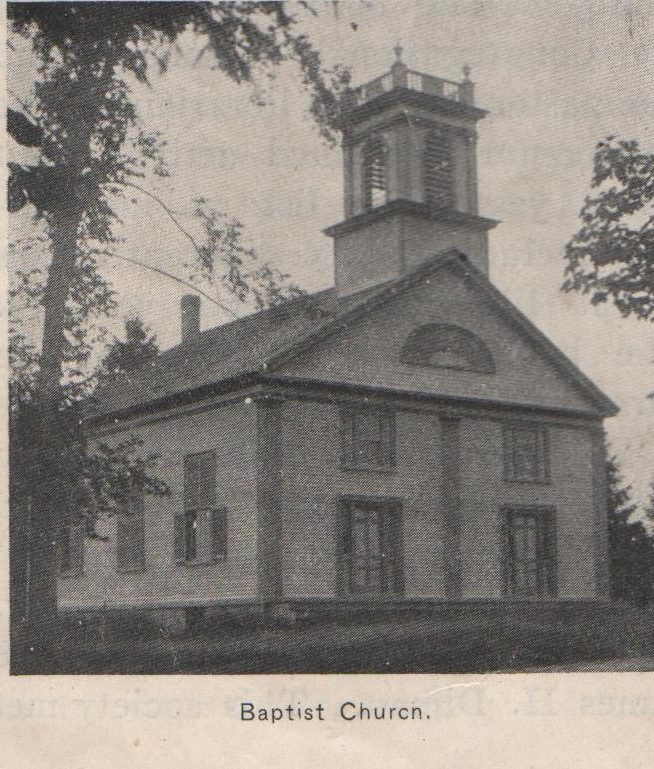 Following the dissolution of the Baptist Society in 1960, the Community Church acquired the property in 1964. The church, renamed “Reverend Charles A. Parker Hall” in honor of the last Baptist minister, was converted for use as a Parish Hall and Sunday School.

In 1981 the building was moved to its present location next to the Stratham Community Church. A new foundation was constructed providing for additional space in the basement. Additionally, the steeple was removed. At that time, the name of the building was shortened to “Parker Hall”. 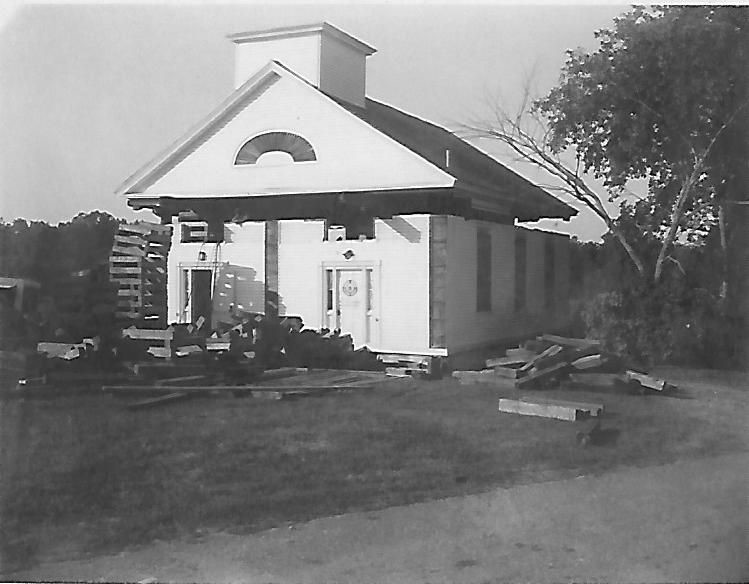 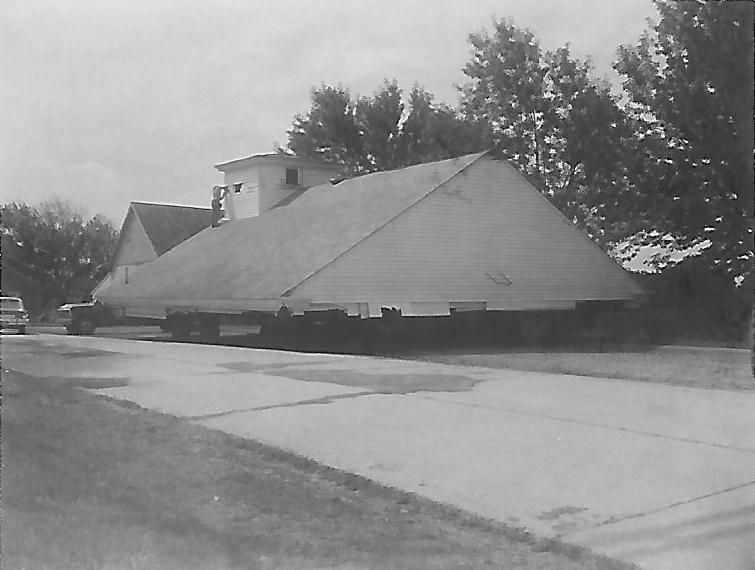 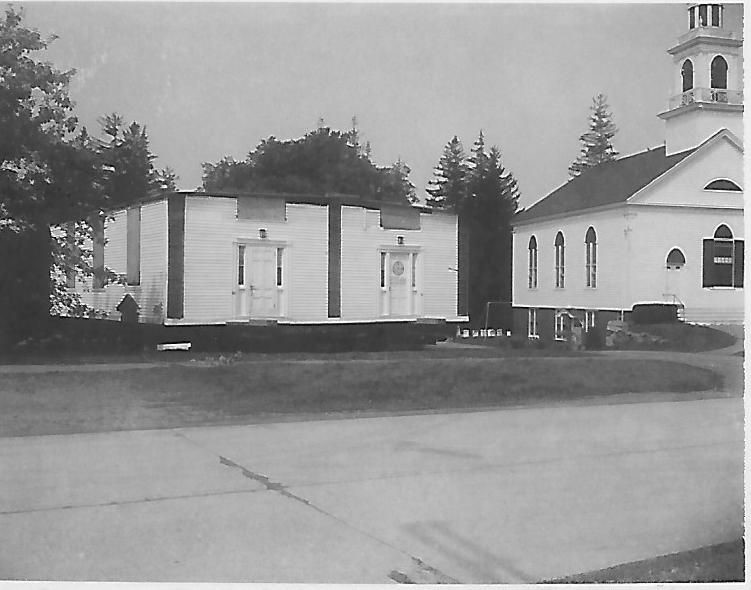 From 1981 until 1998, the two buildings on this site were separate. In 1998, Stratham Community Church built a link between the two buildings. This additional space allowed for more effective use of the building.

In 2016, our 300th anniversary year, both buildings and the link were being used extensively by the church and the community. The sanctuary is used for our worship services and community music programs. The basement, named the “Rust Room”, is used for church meetings and gatherings, as well as, church suppers open to the community, meeting space for AA and other community organizations. The link provides office space, conference rooms and meeting space. Parker Hall is home to Stratham Circle Learning Center, a secular pre-school operated by the church, Sunday School rooms and the Clothes Attic, a thrift clothing shop open to the community.

The Stratham Community Church is very proud of its heritage and looks forward to continuing its outreach and service to the community for many years to come. 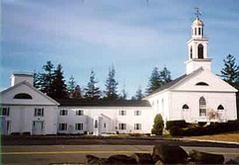 The call of God, as expressed in the life and teachings of Jesus Christ and the covenant of Stratham Community Church, causes us to declare that we are an Open and Affirming congregation.

We welcome everyone, regardless of marital, social, or economic status, race, gender, gender identity, sexual orientation, ethnicity, age, religious affiliation, cognition, needs or abilities. We do so recognizing that our common purpose is to discern and live according to the Will of God.

We believe that injustice, discrimination and violence in all forms work against the gospel of Jesus Christ and we accept God’s call to overcome them.

We invite everyone to join in the life, ministry and membership of this Church; to participate in its rites, communion and baptisms, and to extend all responsibilities and privileges. 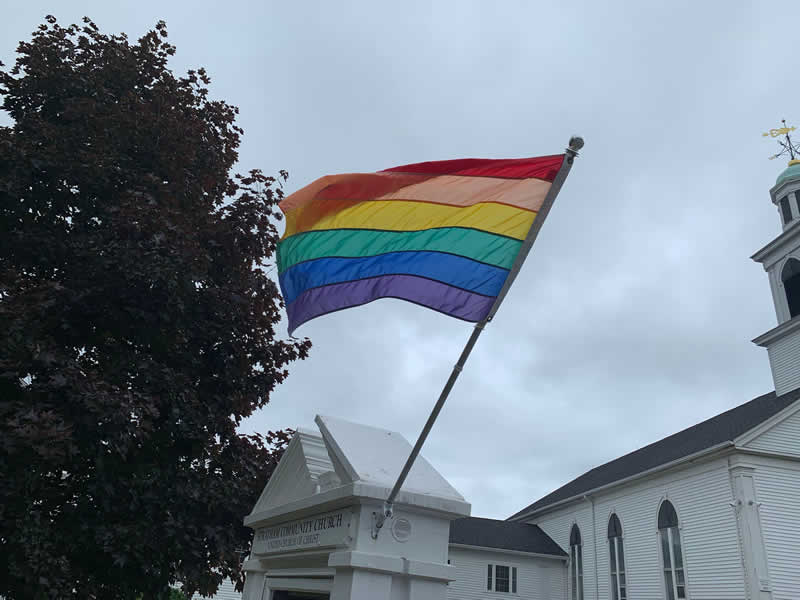 History of the UCC

Our ministry has historically celebrated a number of firsts in the community and we enjoy our historical roots.

1839 – Defining moment for the Abolitionist movement.

Chained Africans seize control of the slave ship Amistad. They are recaptured and jailed in New Haven, CT. Congregationalists and other Christians organize a campaign to free the captives. The Supreme Court rules the captives are not property, and the Africans regain their freedom. The jailed African’s lawyer was John Quincy Adams.
1853 – First ordained woman, Pastor Antoinette Brown, serves a congregation

1957 – The United Church of Christ is formed when the Evangelical and Reformed Church unites with the Congregational Christian Churches, embracing believers of African, Asian, Pacific, Latin American, Native American and European descent.

2005 – Marriage Equality confirmed when the governing body of the UCC (General Synod) affirms the civil rights of same gender couples.

Bible Verse of the Day

Because your love is better than life, my lips will glorify you. I will praise you as long as I live, and in your name I will lift up my hands.
Psalm 63:3-4


We are located just off Routes 108/33 on Emery Lane in Stratham – right across from the Stratham SPCA, and just South of the Stratham Traffic Circle.